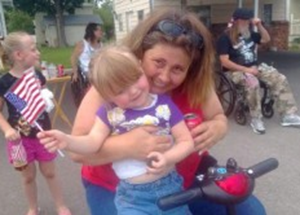 Hello. In 2009, I was diagnosed with non-Hodgkin’s lymphoma. I went through chemo and radiation, which I believe at the time made me sicker than the cancer itself. It was a long hard battle.

In June of 2009, my cancer went into remission only to return stronger in September of 2009. Once again the treatments started in January of 2010 and I was sent home on home chemotherapy medications. We thought things were going well until I went to the emergency room with a simple stomach ache that I assumed was the flu.

I was admitted to the hospital and after several test later the diagnoses was recurring non-Hodgkin’s  lymphoma and my right lung was collapsing from the bottom up.

Pulmonary Fibrosis, the nodules from the cancer had attached to an organ including the lungs, brain, and heart to name a couple. At this point nothing can be done. I have beat all their predictions and fought to stay around as along as I can. I have seven grand babies and I just can’t stop fighting.

I am not going to say it is easy by any means, I have lots of obstacles to overcome and can barely get around. But I thank God every day for another chance to fight. I have a wonderful support system of family, friends, and my best friend who has been there for me since the beginning. I just want people to know when you give up the fight you give up more than that. 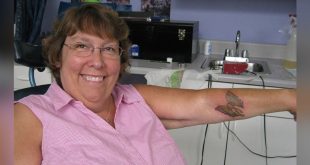 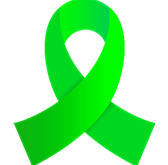 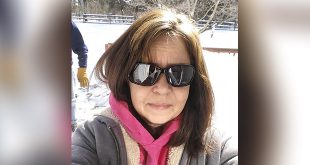 Being diagnosed with incurable cancer was a really crappy way to spend my 50th year. …