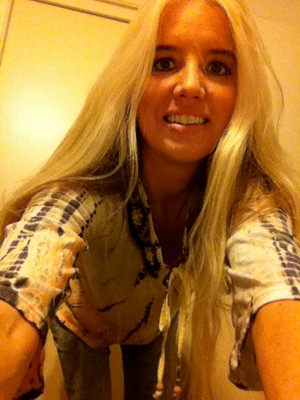 I was sickly as a child, but could get away with missing months of school at a time since my dad was my principal through eight grade. It seemed like every time I was around other kids who even sneezed, I would be stuck at home with  a high fever, vomiting, bronchitis, mono, and swollen glands. My parent’s didn’t believe in going to the doctor. My mom tried every type of natural remedy she could find to boost my weak immune system. I took over 14 vitamins in the morning, including a teaspoon of cod liver oil, a few gulps of Brewer’s Yeast, and ate organic oatmeal (all this in the 1970’s when my friends all ate Fruit Loops or Captain Crunch and never got sick). For lunch, my mom baked her own whole wheat bread (before bread makers were invented, she kneaded out each loaf by hand) and put honey on it for me with natural peanut butter. For dinner we had vegetables from our garden, an organically fed chicken or beef, and fresh eggs from our chicken’s. How in the world could I still be sick after all this, we wondered. I never even tasted soda pop until I was 13 and a friend let me try hers.

When I went off to college, I decided to eat my own way. I also got a lot more sleep than I was used to, since I purposely scheduled my first classes to start at noon or later. I wasn’t as tired all the time as when I struggled to wake up for school before, and the night life seemed to agree with me. I still was sick, but not as often. After I graduated with a teaching degree, I taught kindergarten for a year and was sick every other day. Any time a student would sneeze or cough near me, I would get bronchitis or something else just as horrible. I was always so tired, no matter what time I went to sleep. I went back to college to get my master’s degree.  I then worked with juvenile delinquents for almost a decade, as a psychologist, social worker, counselor, etc, since my master’s was in counseling psychology.

In the meantime, I got married to a guy who I went to high school with, and he had a 4 year old daughter who I immediately became attached to. After trying to have a baby for two years, I finally agreed to go to my first ob-gyn appointment. My mom had died at the age of 49 from ovarian cancer.  I was 25 at the time, and her caregiver in the last year of her life. I decided it was time for me to see a doctor and try to figure out why my period’s had gotten so painful, and why I couldn’t have a baby. The first doctor I saw immediately scheduled a laparoscopy and diagnosed me with stage 4 endometriosis. He said, it’s the worst case he had ever seen. He put me on six months of Lupron, I became pregnant and miscarried after four months. The pain was unbearable and I had no pain medications.

I started researching on this disease but it was really hard to find any material on it; the internet was just beginning to be used in 1994. By 1996, I finally was able to join an online endo group, to see what worked for other women. My body never was the same after the Lupron injections. I seemed to lose my memory easily, get dizzy, and sometimes would drive and forget where I was. My daughter helped me a lot during this time. I adopted her since her biological mom didn’t want anything to do with her at the time. She took care of me when my husband refused  I was sick. We decided to adopt a boy who was one of my client’s as a social worker foster care placement coordinator. He had a lot of issues, but I decided to do whatever it took to help him. He was six years old when we got him and had already been hospitalized for suicide attempts, because all his previous foster homes gave up on him.

A few years later I had a ruptured ovarian cyst. My doctor immediately ordered a biopsy, because of the strong link to ovarian cancer in my family. I woke up after the “biopsy” to discover that she took out my entire right ovary (it was the size of a grapefruit), because she was afraid to spread cancer cells if it was ovarian cancer. It turned out to not be ovarian cancer, but within a few days I had a high fever, was very dizzy, and felt really nausea’s. My daughter drove me to the ER and we had to wait 21 hours in the tiny room to see a doctor who would treat me. I screamed most of the time, it was so painful, and they wouldn’t give me any pain medication. It was a total nightmare because my doctor had taken off to the Bahamas on a two week vacation and no doctor wanted to treat me, who had gotten an infection during surgery. Finally they decided to poke a hole through my back hip into my pelvic cavity to drain out the infectious fluid that had accumulated. Over a gallon came out, and I was admitted for over two weeks to try and get rid of the infection.

This same year, 2003, my husband had become very abusive towards the kids and me. After I got out of the hospital, we decided to leave him. We had to wait until my son’s adoption went through, and had to escape without my husband knowing what we were doing. But it all worked out, and my kid’s and I went far away to safety. Since that surgery, my body has not been the same. I have been diagnosed with fibromyalgia, restless leg syndrome, periodic limb movement disorder, PTSD, ademyosis, ovarian remnant syndrome, rheumatoid arthritis, and chronic fatigue syndrome. I have had to give up my career as a child psychologist because it is difficult to work with children since my immune system is so horrible. However, I have been blessed to have two wonderful adult children who are close to me, and recently married my full-time caregiver.

I am permanently disabled with stage 4 endometriosis, severe fibromyalgia, PTSD, and rheumatoid arthritis. I will never give up fighting to find a cure for these diseases that seem to never end and only cause heartache for my friend’s who have weak immune systems also. I belong to several endo support groups.  Since I am one of the oldest there, and have had endo the longest, I try to help the younger ones know that there is support for them. Jusst because a doctor says they should try a certain treatment doesn’t mean that it is the best for them. We should always research treatments for ourselves and talk to others who have had it before deciding to agree to it.