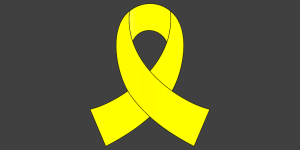 I HAVE to write this, as I have found it very hard to find people in the same situation as myself.

Endometriosis–you wouldn’t have guessed (well, I didn’t) that I had it. I have been on the pill since age sixteen and had two long-term boyfriends, so I have never really been off the pill for a long period of time. In between my relationships, I did stop the pill, as I don’t really like putting hormones into my body. But not too long after, I started seeing someone else. While I was off the pill, I did have a few periods which were crazy, but to be honest, I didn’t really think too much of it.

During the last five years, I have had skin complaints, which I was told were eczema. I knew they weren’t, and steroid cream never helped. I now have red patches on either side of my nose that are itchy, sore and flaky. I also have these on my back and sometimes on my chest.

About 12 months ago, I had an abnormal smear test, and in my follow-up appointment, I said that I’d had the usual aches, as if I was on my period, but had been having them for the past 4 years. The doctors had shrugged it off. It was only my private doctor who mentioned endometriosis.

Up to this point, because of a lot of personal problems, I had just pushed it to the side, as I felt like I was almost making it up, as most of my gyno issues had resulted in nothing. I finally thought it was best go ahead with the endo appointment and really felt that I would have ‘all looks fine’ said back to me.

When they did the internal scan, they noticed that I had more blood cells than normal and suggested that I have the laparoscopy to confirm that I had endo. I finally had it, and the first thing I said when I woke up was how my skin felt different. I had no urge to scratch.

In the last few months, I have noticed that my issues with my skin have come back around my period and now, after a stressful period, it is BACK! I would say it’s been about 7 months since the removal. Anyone seen it show its head this soon? I contacted my doctor, and he didn’t think it would be coming back, but this skin I can’t deal with.