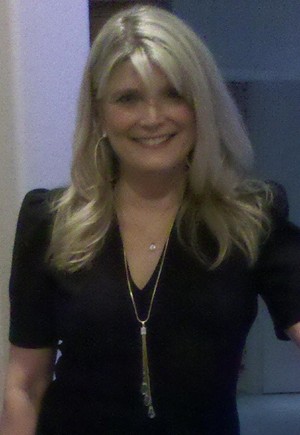 I grew up in the sixties and seventies when a root beer float (or ‘black cow’ as we call it here in the South), a red vinyl bar stool, and Johnny Angel crooning from the jukebox at the local drug store, were as close to heaven as one could get. It was an innocent childhood filled with sleepovers under the stars, unlocked doors, and catching lightning bugs in mason jars. All those summers spent with our family in Tennessee did even more to wrap me up in a tightly woven cocoon–sheltering me from the harshness life can bring. It did not prepare me for the cold reality ahead. Right after college I married and moved out to California where my husband was a part of the first graduating class for the brand new Top Gun program. We were crazy about each other. However, a series of unexpected and uncontrollable events soon sent our relationship spiraling out of control.

Fearing for my life, I left California, and the man I so desperately loved behind. I returned from California a different woman, broken, a ghost of my former self. I battled severe depression and questioned everything from my faith to my mere existence. But on the brink of suicide, God reached out to me through a miraculous experience and told me it was not my time. So with shaky steps, I slowly became stronger. Gradually, I began to reclaim my life. Before long I was re-married, had two children, and moved to Denver, Colorado, where my husband , Gene, was based with United Airlines. Just when my life couldn’t get any happier , I was blind-sided by a diagnosis of breast cancer. I had no family history, and no indicators. I was thirty five at the time, with a three and seven-year old. Once again, my faith was rocked to the core. This time I held onto God’s promises. The Bible became my constant companion. And I beat cancer not once, but twice – when almost nine-and-a-half years later the cancer metastasized to my lungs. I had been only six months away from being declared cancer free. But by the grace of God, I am here to tell my story.

It has been twenty-six years now since my initial diagnosis and the mastectomy, and sixteen years since it metastasized and the grueling lobectomy. The road has not been easy. For years, cancer was the first thing I thought about when I woke up in the morning, and the last thing I thought about before I went to bed. But I am here to assure you that it does get better. The Lord wants nothing more than for you to be healed and to prosper. I want to share my message with other women who may find themselves in similar situations. Maybe their faith has been shattered and they can’t see a way out. I want to let them know that there is always hope despite the doctors diagnosis. Never forget that God is the great physician, and by the stripes of Jesus Christ, we are healed. We have to claim it and believe it!

I encourage other women to contact me. While I would much rather be sitting across the table from you while we both indulge in a tall mocha latte (light on the whip cream of course ), demographically that is most likely impossible. So instead, I invite you to put on those pink fuzzy slippers I know are hiding in your closet, turn up the ‘Mamas and the Papas’, grab that steaming latte, settle into your favorite chair, and let’s chat a while. Please feel free to visit me at http://faithhopeandlattes.blogspot.com.