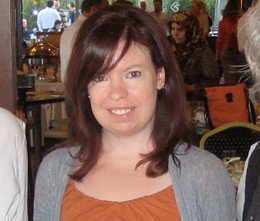 When I was 22 months old, my parents were in the middle of a fight to find out what was wrong with their daughter. My mom (my fight-like-a-girl role model!) visited doctor after doctor and endured multiple misdiagnosis’ before finally hearing the word “cystinosis”. When she and my dad looked it up (the old-fashioned way – in a medical book at the library), they found that it was an extremely rare metabolic disease that primarily affected children who died before reaching adulthood.

With this prognosis in mind, my parents were very relieved when the eye doctor looked into my eyes (one of the ways of diagnosing cystinosis) and declared me free of the disease. After breathing a collective sigh of relief, my parents and doctors went back to the proverbial drawing board.

My mom, though, noticed that an ocular diagnosis of cystinosis had to be done with a slit lamp, as the cystine crystals that typify the disease cannot be viewed with the naked eye. Being the fighter that she is, my mom marched me right back to the ophthalmologist and demanded that he look at my eyes with a slit lamp. He found the crystals and I was formally diagnosed with nephropathic cystinosis.

In someone with cystinosis, the body cannot remove the normally harmless amino acid known as cystine. The buildup causes cell damage. I was put on the only treatment for cystinosis, a vile medication called cysteamine. Though the medicine causes severe stomach upset, lethargy, and an odor that no one wants to bring to the party, I took this medication every six hours around the clock in order to slow down the progression of my disease.

Noncompliance with this difficult medication led me to kidney failure and dialysis by age 16. Although I would have needed a new kidney eventually anyway, my nonadherence to a rigorous treatment regimen no doubt sped up the deterioration of my body. After waiting on the transplant list for two years, I received a cadaveric kidney in August of 1999.

My life has been about fighting. Fighting to survive, fighting to appear “normal” (whatever that is), and fighting to succeed in all that I do. I attended and graduated from college after my transplant despite the occasional outsider comment that I could go on disability and no one would fault me. After graduation, I worked for a year as a writer and editor before becoming a full-time junior high school teacher.

Currently, I experience the effects of cystine accumulation in full force: I have lost nearly all my muscle in my hands, I have difficulty swallowing and just generally operating the muscles of my mouth and throat, and I put eye drops in my eyes every waking hour to prevent blindness. On the other hand, I continue to be a fighter. I am the Dean of the upper grades at my school and I have written a book about life with genetic disease – called Roller Skating with Rickets and Other Paradoxes of Life with Genetic Disease (www.rollerskatingwithrickets.com). What hasn’t killed me has made me stronger, and when two of my family members were killed in a double homicide last year, I made the startling realization that the hand that has been dealt to me in this life has given me the strength to face the unexpected, the faith to deal with the tragic, and the ability to appreciate the small victories.

Now approaching age 30, I will continue proudly fighting like a girl. 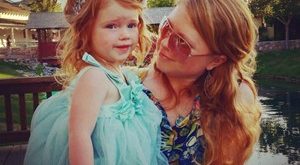 When I was 16-months-old, on the cusp of toddler-hood, doctors told my mother and father …