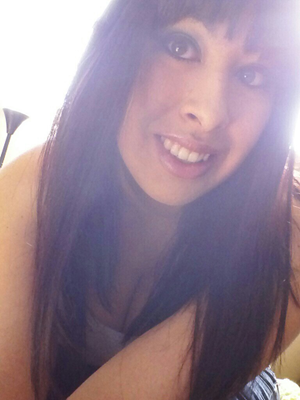 My name is Dawnique and I battle rheumatoid arthritis, Raynaud’s syndrome, carpal and tarsal tunnel. My story began when I was little, around eight years old, and I started having pain. I remember it being really cold and the pain I had was excruciating. I had to be carried because walking was out of the question. I remember the pain coming and going and the doctors telling us it was growing pains.

Fast forward to July 2012, I started having seizures (which they still aren’t sure how they tie in with it) and had to put my last semester of school on pause. It was not long after this that I woke up with what I thought was the flu, and the joint pain came back with a vengeance. This whole time the doctors were constantly running tests and everything kept coming back negative. In the beginning of November I ended up in the ER. I explained everything to the doctor, he told me that there was something definitely going on and that it wasn’t in my head, but that my case was complex and may take awhile to crack. Even after he told me that I still had family and friends telling me and others that I was just looking for attention and that it was all in my head. That was by far the most difficult part of the journey.

In February my hands and feet started changing colors when I would get cold. My doctor diagnosed me with Raynaud’s syndrome. He informed me that it was a symptom of autoimmune diseases which they had already started looking into. I had my first appointment with the rheumatologist on March 25, 2013. That is when I was diagnosed with seronegative rheumatoid arthritis, carpal and tarsal tunnel and was started on Plaquenil, Prednisone, and was given braces for my wrists.

I have decided that I am not going to let this stop me, it has already slowed me down long enough. My professor’s have been wonderful, they have given me extensions in my classes. I will be returning in August to finish my BFA, making me the first in my family to graduate from college. I am also determined to help spread awareness so that people will know just how serious this disease is.  I want to help show people that just because someone doesn’t look sick does not mean that they are not fighting an invisible illnesses.