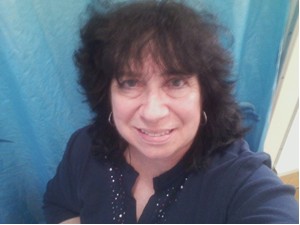 I was diagnosed with breast cancer one year ago today. It was such a shock. I kept thinking that this couldn’t happen to me. Breast cancer doesn’t run in my family, so I guess that’s why the BRCA genes came back negative, thank God. It was at stage IIIB when it was picked up on a mammogram, although I had the signs way before then. I just did not think it could be cancer.

It was inflammatory breast cancer (IBC) as my nipple was inverted, my breast was red around it, and it was swollen some. This had been going on for a couple of months. I did not even notice the hard lumps under my arm where the lymph nodes had gathered in a mass. I had 4 rounds of A/C chemo, three weeks apart. This was followed by a modified radical mastectomy, in which five out of nine lymph nodes were positive. I then had four more rounds of Taxol, three weeks apart, followed  by 35 doses of radiation over six weeks.

By the grace of God, I never got sick once, nor lost any weight, just all my hair like I knew I would. One month after my mastectomy, my husband of 28 years passed away in the shower from a heart attack. I found him slumped over when I got home from work. My life took a 360 turn. He was my best friend. We adopted our grandson when he was two; now he is 12. So far I have made it through it all while raising my son alone. I have four grown children to help me too.

I had my last PET scan on 02/05/12 and it showed that I was cancer free!!! I had a hysterectomy when I was 23 because of dysplasia and pre-cancer of the cervix (my ovaries were left). Now there is a tiny cyst on my right ovary. I am having surgery on 05/24/12 to have them removed.  Since the radiation left my skin and tissue underneath so tight, I have to wait til December 2012 to have reconstruction surgery. I am having a TRAM flap done at Emory in Atlanta. I get a tummy tuck and new boobs!!! I prayed to lose weight, but God has his way of answering….at least my waist will be smaller. I have been blessed in spite of this, as I have my beautiful son and I feel fantastic. I am 55, and I keep on keeping on!!!