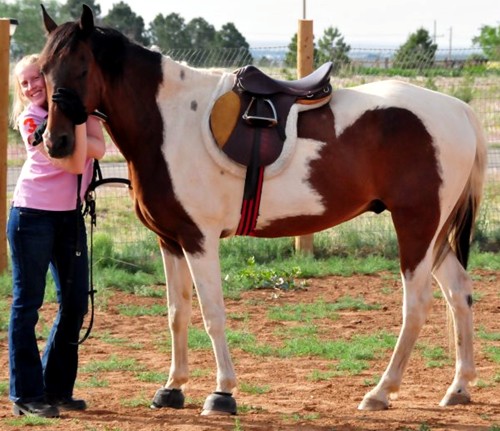 “Oh, my friend, it’s not what they take away from you that counts – it’s what you do with what you have left.”
– Hubert Humphrey.

It all started officially in 2006 on St Patty’s Day. That was the day of my first surgery to confirm that I had endometriosis. I had never really had bad periods that left me bed ridden. Painful, yes, but I thought everyone’s were. I distinctly remember the date because as I/we (my boyfriend who became my husband) were waiting for me to be called back for surgery they were interviewing people on TV who were Irish. My surgery was supposed to be about 45 minutes long. It turned out to be about 3-4 hours. Most of my internal organs were stuck to each other AND they ended up taking out my appendix because my doctor said ‘It looked like it was melting’.  We got the pathology back on the appendix a few days later which confirmed that it was indeed melting…melting with cancer!! Thankfully they had caught it before it spread so I didn’t need chemotherapy.

After surgery it was decided that I would go back on Lupron again. Quick side note – one of my earlier doctors I had been seeing thought that I might have endometriosis  (but had never done the surgery to confirm it) and had put me on Lupron a year or so earlier. In hind sight this probably wasn’t the best idea since we had no idea if I had endometriosis or not, but I didn’t know at the time it wasn’t a good idea. At any rate, back on Lupron I go. For the record I loved Lupron. It worked really well for me, but I know others have had problems with it. I didn’t mind the hot flashes so much (as I am always cold)and that was really the only side effect I had.

So after a few months we move and I was forced to find another doctor, as it didn’t seem logical to have my doctor be 900 miles away in Texas. I find one out here that isn’t ”awful” after finding a few that were. He wants to do another lap (surgery) to see if the endometriosis has returned, which is fine with me. After the lap he said that I had so much endometriosis that  if he didn’t have my medical records that said I had a surgery less than 1 year ago, he would have thought I was lying.

Flash forward 6 months, we are back in Texas for a few months for my husband’s job, and my doctor that had done the first lap and found the cancer has retired! I met with his replacement and talked to him at length as he had both my surgery records to look at, and offered to do a hysterectomy…I was 27.

After my husband and I talked about it, we decided it was the best choice. Neither of us were set on having kids, and if this would help in any way, it would be worth it. So I had my hysterectomy March 14th of 2008. They took everything out except one ovary so I could use my own hormones instead of doing hormone replacement therapy. A week after the hysterectomy, I ended up back in the ER with an infection. So I had to stay another 2 nights in the hospital.

Everything went ok for about 10 months or so when I ended up getting tons of pain (again). So back to surgery with the doctor who did my hysterectomy. Turns out I had a cyst on my remaining ovary. He drained it and sent me on my way.

A few months later, (this was June of 2009 now) I had way more pain. I went to the ER where I was told there was nothing wrong with me and that it was ‘probably just some endometriosis’. They didn’t bother to do ANY tests after I told them I had endometriosis. I was given a shot for pain and sent on my way. I managed to make an appointment with my doctor here (not the one who did the hysterectomy as he is in TX) who thought it was probably another cyst and he would set up for an ultrasound in a day or two. I really didn’t think it was another cyst as this hurt way worse than anything I had ever experienced. But hey, what do I know, it’s just my body! I tried to get him to give me more pain meds as I was almost out from the leftovers I had from the hysterectomy. He told me ”no” and to wait and see what the ultrasound showed.

By the time I go to get an ultrasound I can’t stand up straight anymore because I am in so much pain. The ultrasound tech just asks some general questions about how long has this been going on, and does it hurt. We leave, drive all the way home (about an hour) and the doctor calls us; we have to come back right away to get pre-op blood work my ovary is huge and he thinks it’s cancerous. So back into town we go, then back home. Then he calls and says I can pick up a prescription for pain, but he can’t call it in because it’s a narcotic. So my wonderful husband drives into town and fills it for me. The doctor then calls again to tell me he’s not sure when he can get me into surgery because it’s around July 4th and he can’t get an operating room.

I wake up 2 days later feeling worse than ever, which I didn’t think was even possible. At this point I can’t stand up straight, and I can’t eat or drink anything. My husband puts me in the car and drives me 13 hours back to TX to see my doctor who did the hysterectomy. We go straight to the ER room on Monday morning about 3 am, and they ask general questions then ask ”Why didn’t you wait to go see your doctor in the morning?” Which was a valid question, but I wasn’t lucid at this point so I said I didn’t know. They did an ultrasound which changed their mind instantly and I was admitted to the hospital, and my doctor came in Monday afternoon and did the surgery.

Basically what had happened is my ovary had wrapped around my intestines and strangulated them. My doctor told me if I had waited another day for surgery they would have had to do a bowel resection. He also told me that if I would have fallen at some point getting in or out of the car I would have hemorrhaged internally, and even if I was in a hospital when it happened they would have had a hard time saving me. So I got released from the hospital on my 29th birthday and exactly a week after the doctor in the ER said ”it was nothing.”

Now you might think my story is over, after all what’s left to take out right? Turns out the next few years are full of fun bladder tests (damaged by endometriosis), gallbladder removal, discovery of hemangioma on my liver, and a tumor removal from my chest/stomach area. All of this plus I then get the added bonus of being in menopause at age 29, and trying to get all the hormone replacement therapy figured out which after all this time still isn’t right.

I don’t regret my hysterectomy for one minute, even with everything else that has happened. In general I feel better than I did before the hysterectomy. Oh, there are still days I feel like crap (unfortunately a lot more recently) and I do sleep with my heating pad every single night. My pain tolerance is pretty high (though after every surgery it gets lower) and I don’t always have the energy to do everything I want, but I try to push through it. It hasn’t exactly been a barrel of laughs, but I try (most of the time) to make the best of it.